The conflict between American political parties has evoled into full life and death mortal combat. Pennsylvania Legislator exposes the visciousness of present day Republican Party membership; who have conspired to literally endanger human life with their behaviour. 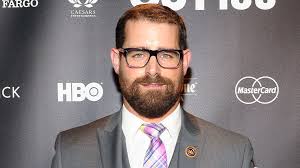 In this Video by Brian Sims we get an explanation on what has happended in the Pennsylvania State Senate where Democrats recently became aware that a Republican colleague tested positive for the Carona Virus but continued to work in the capitol for at least a week. Sims angrily talks into the camera accusing Republicans of endangering members, their staffs, and their families.

“I’m right now surrounded by members that can’t go see their kids, that are having to call their husbands, having to call their wives and saying, ‘Honey, I might have exposed you and everybody I love in the world because one of my colleagues tested positive, but he was protecting his family but not protecting mine, and Republican leadership protected him,'” Sims raged, at times pounding on his desk to emphasize his points.